Showing posts from November, 2012
Show all

Diapers May Provide a New Market for Redbox

Chips, Dip, and Redbox Yesterday, I attended a marketing presentation by Mark Achler, Senior Vice President of New Business at Redbox. Mark discussed how Redbox has formed great partnerships with consumer packaged goods companies. He showed an example in which Tostitos had set up large displays in grocery store aisles. If consumers purchased three Tostitos products, they'd get a free night's movie rental from Redbox. This partnership increased sales for both Tostitos and Redbox, so it was a win-win situation. Diapers, Wipes, and Redbox   When Mark showed a graphic of all the brands Redbox has partnered with on similar deals, I thought there was one big missed opportunity — diapers. As I've come to learn, new parents are very much tied down to their homes at night. Once a baby goes to bed, parents are left awake in the house with a few hours of "free time." As new parents, my wife and I have spent several nights watching movies rented from Redbox. We have nev
Post a Comment
Read more

Where are the doomsday ads? 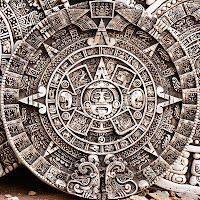 Mayan Predictions According to the ancient Mayan calendar, the world will end on December 21st, 2012. That's just days away! Where are all the doomsday ads? Think of the opportunities: The world is ending in a month, so buy that Mercedes you've always wanted now. You only have a few days left; take that Apple Vacation you've always dreamed of. Eat like there's no tomorrow — because there might not be! Join us at Red Lobster for all you can eat lobster and steak. Buy a Tiffany's ring and propose to your girlfriend. Don't experience the end of the world alone! The biggest opportunity for doomsday marketing is for non-profit organizations trying to attract donations. They can ask for all your money before the end of the world — do a good deed before we're all gone! Headline Marketing I call this type of marketing communication that uses a current event in the message, "headline marketing." There are two major benefits to using headli
2 comments
Read more
More posts