Showing posts from March, 2011
Show all

Punch Your Way to a Great Direct Mail Campaign 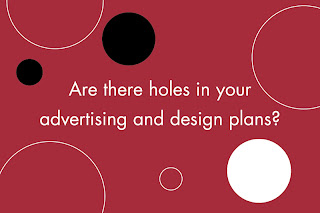 Holey Postcards In the summer of 2003, I created a direct mail campaign that earned a whopping 15% response rate — and it was probably the least expensive direct mail campaign ever run. I was trying to pick up freelance graphic design work with local non-profits. So, I identified 20 prospective clients nearby and then designed the postcard on the right. The headline read, “are there holes in your advertising and design plans?” I actually punched two holes in the postcard, represented on the right by the circles filled with black. I did my research and knew the post office would still deliver the cards with holes in those strategic spots. A few days after mailing the cards, I received calls from three different non-profits. After a week, I was working for two of them. The Little Things Matter There are three reasons this campaign succeeded: I targeted an untapped market. Not many people want to work with small non-profit organizations because there’s not a lot of money to be ma
Post a Comment
Read more

Happy 2nd Birthday to My Blog 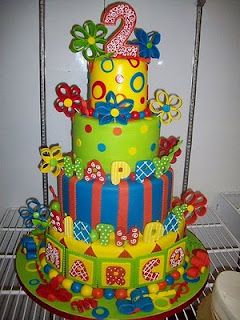 Another Year Older Today marks the second-year birthday of my blog. I made my first official post two years ago, today. 73 posts later and here we are. Thank you to all of my readers for making it fun to post all of my marketing ideas. To celebrate my blog's birthday this month, I'll be digging into my past and posting about the most successful direct mail campaign I've ever been a part of — and it involved a creative use of a hole punch. Look for it later this month. Until then, sit back and enjoy my top ten favorite posts over the past year: Bobbleheads! (Part 1) | Part 2 Nick's Knacks — How I Sold Myself for an Internship What Lady Gaga Should Wear to the Grammys Using a Facebook Advertisement to Land a Job The Woolly Mammoth Bus — The hardest I've worked for a post! The Exclusivity of Butterbeer Helicopter-Dropped Easter Egg Hunt IMDB Meets Google Maps When Realtors Become Commodities $#*! My Dad Says Add This to Your To-Do List Enjoy my top ten posts! T
3 comments
Read more
More posts