Showing posts from February, 2012
Show all

It’s no Secret: The Brand that Benefited Most from Super Bowl XLVI 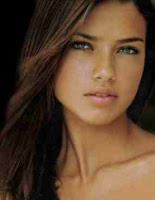 Less Was More Without even running an ad on last night's Super Bowl, Victoria's Secret was the biggest winner of the night. Why? Because Adriana Lima, the face of Victoria's Secret for the past five years, was featured in two different ads — one for Teleflora and one for Kia . And I'd bet the majority of Americans immediately associate Lima with Victoria's Secret (if you don't, just ask someone who was watching the game with you — I'll bet she does). Heck, the Teleflora ad seemed like a Victoria's Secret ad for the first 25 seconds. Because Victoria's Secret has such a strong brand, they essentially received $7 million in free advertising last night without paying a penny. Just more evidence for why I've named Victoria's Secret the best brand in the United States . Add This To Your To-Do List Check out all the Super Bowl commercials on Ad Blitz's channel on YouTube. Am I right? Did Victoria's Secret benefit most from the Super
1 comment
Read more
More posts